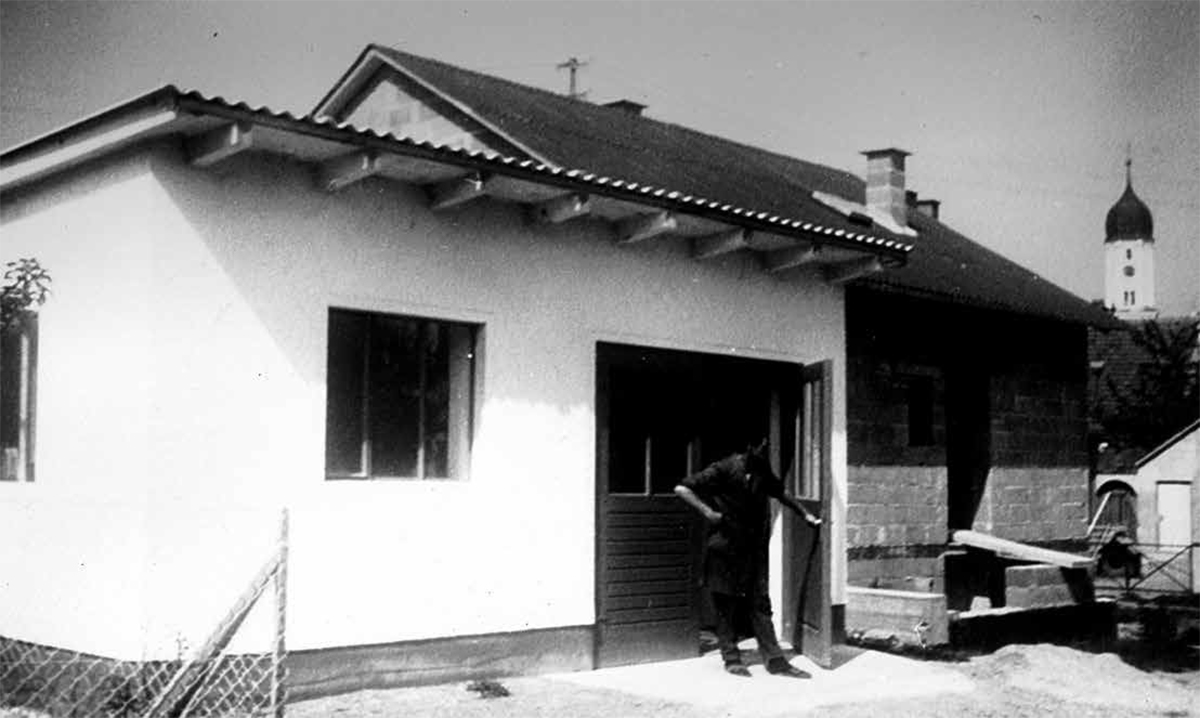 When the economic miracle gathered speed in 1961 during the Ludwig Erhard era after years of rebuilding, Ludwig Demmeler who was 19 years old at the time laid the foundation for what has become a highly successful, internationally active model company today. It all began with a small craft operation in a garage. Turned parts were produced and boring work carried out at the time. Thanks to great ambition and industriousness paired with innovativeness and the highest quality awareness, the enterprise soon had numerous renowned regular customers.

These important values remain our company’s principles to this day, guaranteeing the above average and lasting success of Demmeler.

Since success needs space to grow, the operation was expanded with a hall in 1966. In 1969, the scope of services in addition to boring work was expanded with the production of sophisticated welded components.

The expansion and relocation to the current headquarters in Heimertingen, which became necessary in 1989, was a major and important step in the history of the company. Shortly after this major challenge, the mechanical engineering market as a whole unfortunately suffered a massive downturn. The idea of the Demmeler 3D clamping and welding system was born during this difficult time. Originally intended for the company’s own production operations, this development by Ludwig Demmeler and his son, today’s head of the company Johannes Demmeler, proved to be a quantum leap for metal processing. The first international patents were quickly registered for the 3D clamping systems and worktables. This worldwide innovation was first presented at the Internationale Handwerksmesse trade fair in March of 1992, where it was extremely well received, and earned the FederalAward of the Federal Republic of Germany as well as the Bavarian State Prize. Since then the Demmeler 3D clamping and worktable system has revolutionised the market in the field of clamping and welding.

This outstanding success was and is an incentive for us to reassess what already exists, permanently driving new developments.

This strategy forms the foundation for the healthy growth of their company with many additional, innovative products and patents for the benefit of their customers in the business areas of worktables, manipulators, rotary tables and tool changeover systems.

When you choose Demmeler, you not only receive a brand-name product of high quality, but also a secure investment for the future.